There are tons of minor improvements have been updated. Let’s take a look at this page for more details!

Here are 3 most awesome new features among tons of improvements in this update:

In this game update we now have the ability to setup our own GPS route’s. With this you open the map while you are in the game, pick the route you want and put map pin’s on the road to show the navigation unit which way you want to go. When I first tried this, I was able to make an 18 hour trip into a 10 hour trip, this saved me time and fuel. They say time is money, and that’s that way it is in my game as well.

There are also a whole bunch of fixes with this new beta, I have not seen to much just yet, but I am sure I will find them at some point.

On a personal note. I have updated to windows 10 on my end, and so far this game is running flawlessly on a 32 bit system with windows 10.
So if you hear any one say that this game will not run on Windows 10, then point them to this review. I am also looking forward to many hours of driving in this beta and this new windows.

The list below contains all new changes in this update: 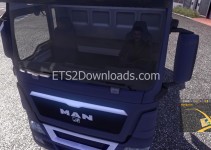 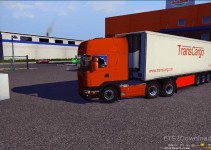 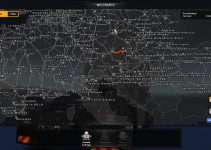