Poland Rebuilding Map  is where the Going East DLC in Poland is being Rebuild, to make it more real in life and more interesting. Part of the team are from ProMods, and that’s one of the reason why this mod is awesome.

What mainly focuses on this map mod are the cities, highways, roads, buildings, modules, ferries and some more. Every important city of Poland has been completely remade and made it more complex, and detailed. The largest detailed city I went through the map are Warsaw (capital city) and Szczecin (harbor city.) And it’s wonderful to drive in. Cars parking on roads and in parking spaces. New companies have been added and even buildings and bus stops. Road signs look much familiar to the ones in Poland.

The highway intersections have been more detailed than ever, and looks also similar to the ones in ProMods and of course in Poland. There are also new road types, from the rough, croaked, and somewhat broken roads to concrete and asphalt. New road marks have been seen. I believe most roads in this mod have been modified in the original DLC to a better one.

Ferry docks have also become more detailed. Nevertheless you can now enter the ferry without any problems as much as possible. When before these ferry ports are from the same city, now they are different, the ferry port has now its own city name, and I believe it’s a suburb of a city, like the ones in Szczecin.

Landscapes has also modified to a better, more renowned Polish Landscape. Though this does not focus on this map, but the rebuilt has included in editing the land with a better look of the Polish atmosphere.

Now for the bad side. Due to the detailed and complexity of the buildings and graphics, there are parts of the map which you can experience some instabilities, some frame-loss and seldom graphic issues. I can still see some grasses on roads, pedestrian walks and in highways, which might need to be fixed accordingly.

There are only very few cities in Poland that haven’t been modified like the city of Katowice, though the city is quite big, and the city of science, culture and many more. There should be something special in this kind of city since it has all of these stuffs. Wroclaw doesn’t look that much modified much, which it isn’t expected as in my point of view.
But the rest are fine, it seems this map mod has heavily modified the northern and eastern parts, and of course the western parts of Poland, while the Southern part doesn’t seem to modify that much.

You need to install ProMods Map at first if you want to use this map!
You need to have both Scandinavia and Going East DLC!
Install this hotfix for running this map with Rus Map. 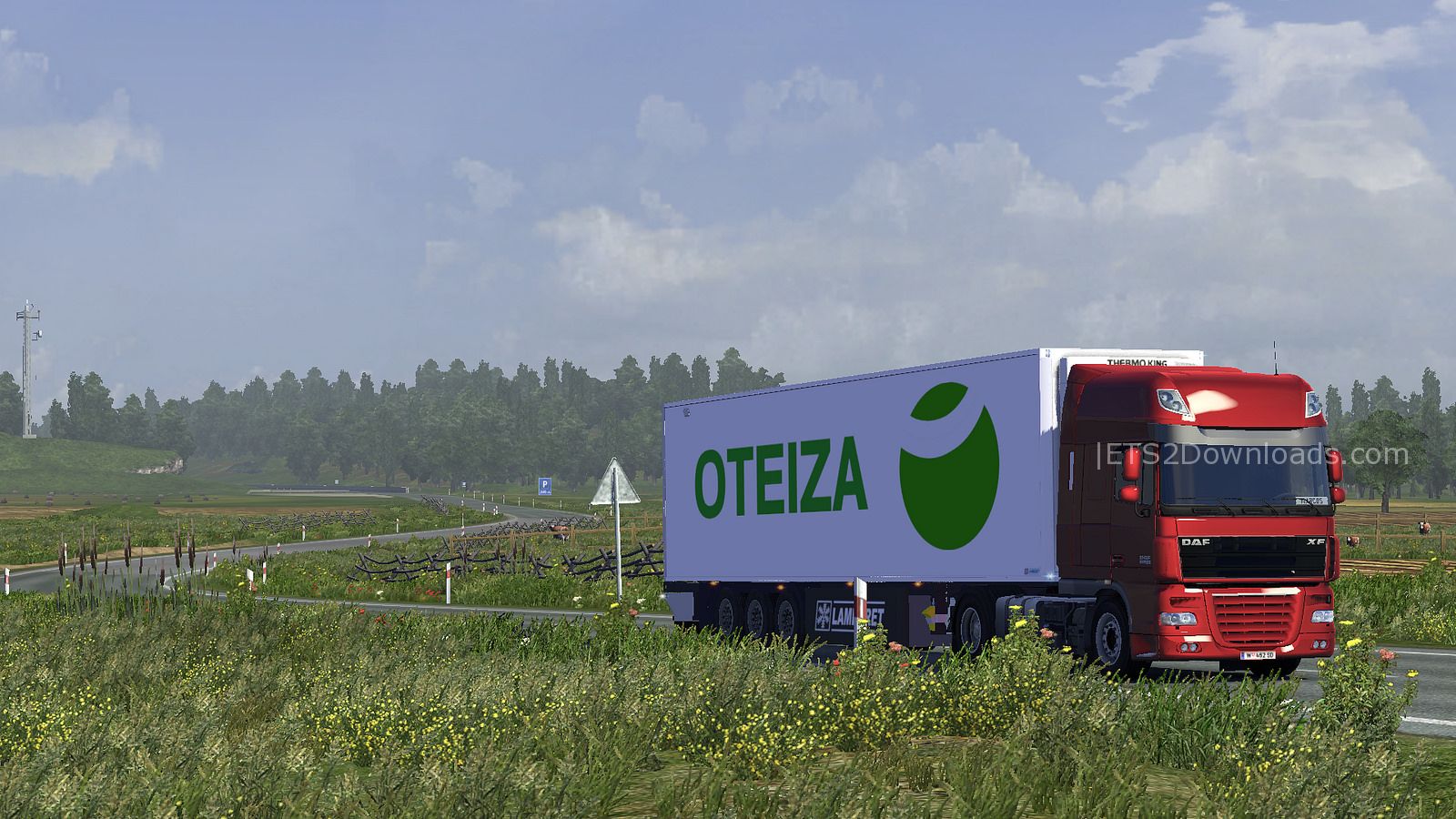 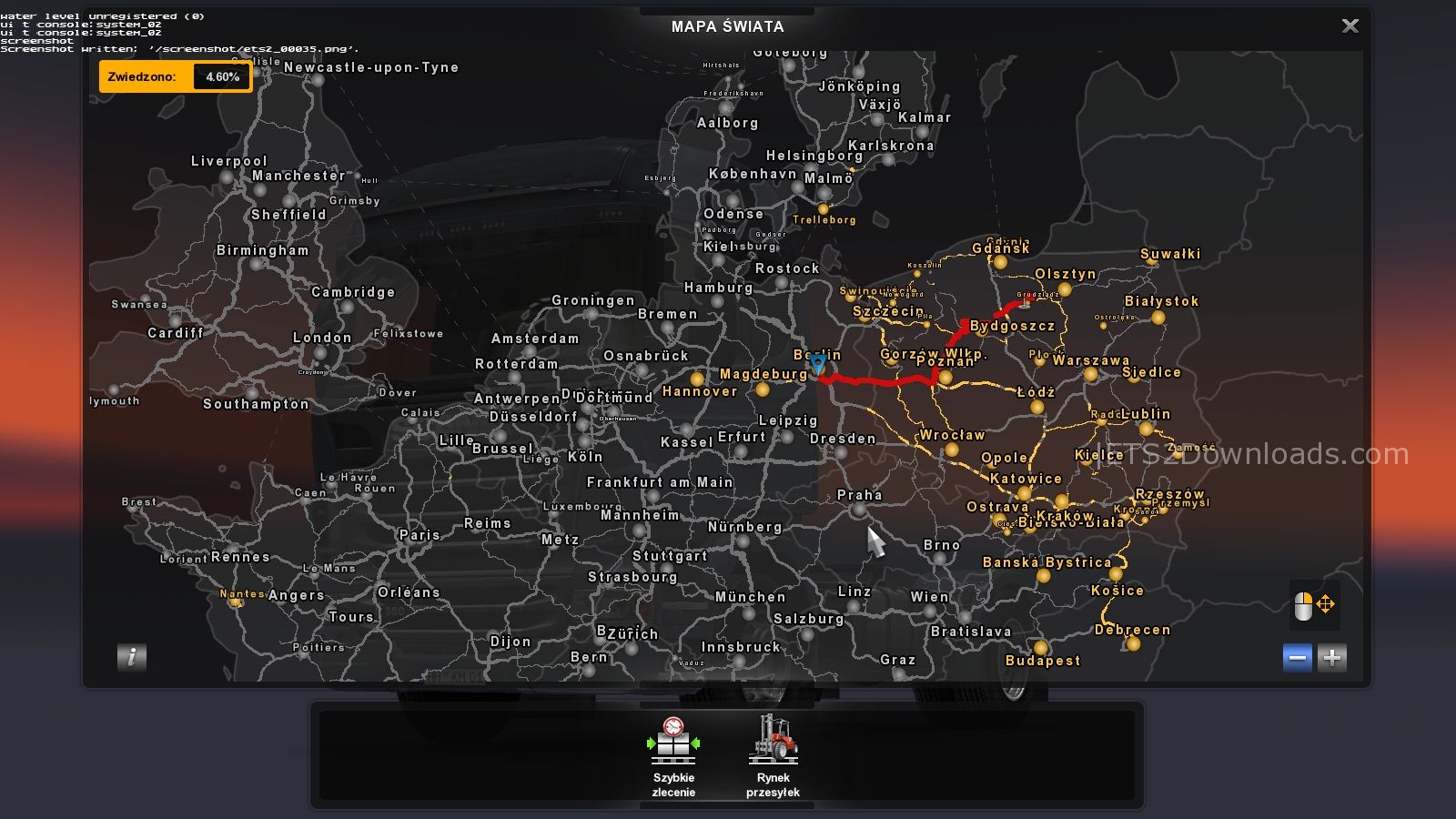 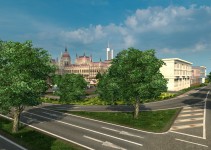 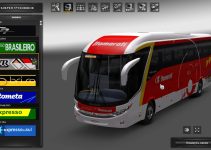 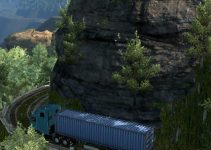