Promods is great! I have seen a lot of new stuffs. New traffic light designs, new kind of road, bridges, cities, signs, all detailed and perfect. But do not expect for a lot of amazing landscape… With these new things putting in Promods, I haven’t experience any frame-loss which is awesome.

With the new version, it includes cities from Northern Scotland, Iceland, Fjord Islands, more cities in France, reworked cities that ProMods has made, and also reworked stuffs in Scandinavia.

Let’s start of with:

A small part of the map, it is a small country island. Here you explore the town of Tórshavn which you can’t expect any beaches here, but ports and docks instead. Up North is the hilly side (w/ rivers) of the Island which is Klaksvík. It’s just a village, but in case of some deliveries, sometimes you might have to go there.

Where the ProMods part is. Enjoy the new roads, cities, types of intersections in highways and roades, traffic lights. Ferry for short trips in the western part of the map. Get into the small cities and with good roads to go with including the landscape. In the middle goes for the capital city of Oslo. Explore the new toll ways and expect more than you expect, the city of Oslo is very big, compare to other normal ETS2 city maps like Paris. The Eastern side is the most industrial part. Tall buildings, industries and complicated roads and highways including new road signs. You may never get board going there!

Bounjour! Bienvenue! Welcome to France. Promods goes south and expect for French mostly plain landscapes, roads and cities to explore. Enter to the amazing bridge in France Enter to the historical landmarks especially one in Mont Saint-Michel. France is still expanding in ProMods, so expect for more in the next updates!

Antwerp? Amsterdam? Rotterdam? Vadus? Bergen? All of them are included in the European world. Expect in Antwerp for a very industrial city to explore. Rivers, docks, and bridges, it never seems to complicate you. ProMods made it easy for you to explore all of them. Amsterdam & Rotterdam are improved, so expect for better things there, more of industrial stuffs and roads there. The rest are towns to explore with adds the atmosphere of Europe.

Talking about bridges? In this country, expect for big industrial zones, cities and the enormous bridges to connect to and from Scandinavia. It’s one of the only biggest features in ProMods. With good accuracy, it’s just the same thing driving across the bridge with your girlfriend along in real life. Also expect for short ferry connections in the northeastern part of Denmark to connect you from one Island to another.

Never thought of ProMods adding roads and cities in Scotland? Yes, go into small towns and fishing ports here and you would love it. Nothing to tackle much about here but all-around it’s interesting.

The 1st state has arrived in ProMods. Expect for the Baltic atmosphere with the roads, new road signs and many more. Enjoy the cities to explore there. Nothing to tackle much about here, but it is still awesome to explore.

Nothing to tackle much about here too, but the northern parts of Italy are mostly industrious, so expect for the industrial landscapes and atmospheres there. Head to the north, is the Swiss Alps, enjoy the view while driving there.

The map mod is compatible with Rus Map, which makes the map a whole lot bigger.
A couple of small map mod add-ons can be compatible with it too, but do it with your own risk, and make sure it isn’t conflicting to the Promods part.

These cities were added in ProMods v2.0: 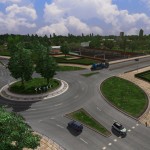 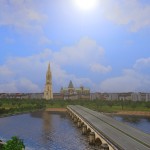 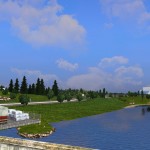 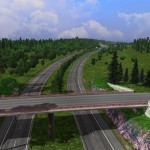 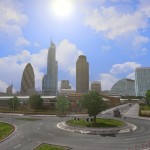 How to install ProMods map for ETS 2:

Note: If you are currently using older version of ProMods (like ProMods v1.8,…), just download this version and replace the old one in your mod folder, you don’t need to create new profile! 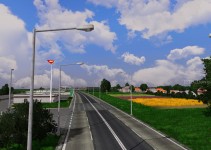 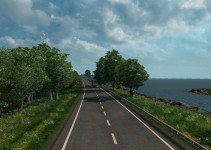 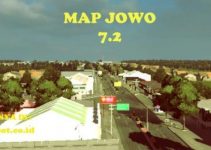